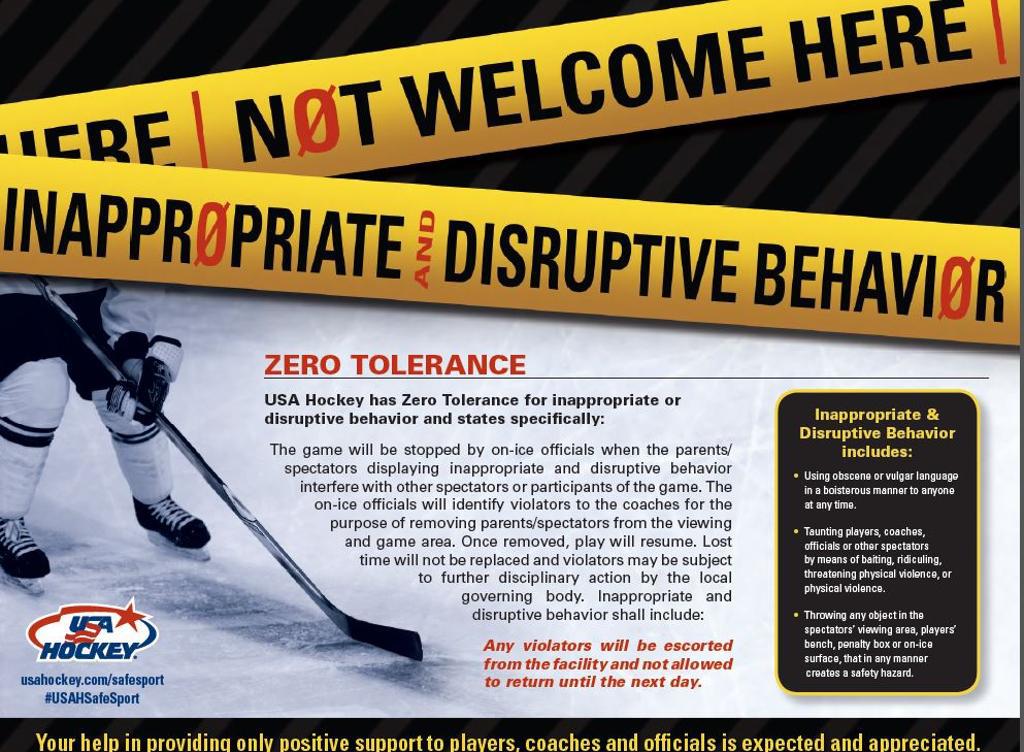 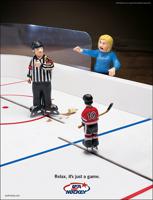 In an effort to make ice hockey a more desirable and rewarding experience for all participants, USA Hockey instituted a zero tolerance policy beginning with the 1992-93 season. This policy requires all players, coaches, officials, team officials and administrators and parents/spectators to maintain a sportsmanlike and educational atmosphere before, during and after all USA Hockey-sanctioned games.

Thus, the following points of emphasis must be implemented by all referees and linesmen:

A minor penalty for unsportsmanlike conduct (zero tolerance) shall be assessed whenever a player:

A minor penalty for unsportsmanlike conduct (zero tolerance) shall be assessed whenever a coach:

Any time that a coach persists in any of these actions, he/she shall be assessed a game misconduct penalty.

Officials are required to conduct themselves in a businesslike, sportsmanlike, impartial and constructive manner at all times. The actions of an official must be above reproach. Actions such as “baiting” or inciting players or coaches are strictly prohibited.

Officials are ambassadors of the game and must always conduct themselves with this responsibility in mind.

The game will be stopped by game officials when parents/spectators displaying inappropriate and disruptive behavior interfere with other spectators or the game. The game officials will identify violators to the coaches for the purpose of removing parents/ spectators from the spectator’s viewing and game area. Once
removed, play will resume. Lost time will not be replaced and violators may be subject to further disciplinary action by the local governing body. This inappropriate and disruptive behavior shall include: