One of the many volunteer opportunities you will have a Center State Youth Hockey will be serving as an off-ice official during your players games form time to time.  This may be serving as the score keeper, running the game clock or serving in a penalty box.

Training is provided if you require it and the documents below outline the official rules for members in these positions. 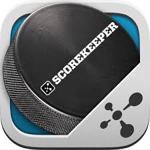 Prior to the Home Game