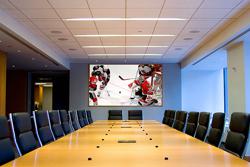 The Board of Directors will meet on a regular monthly basis. All board meetings are open to the general membership and are held at Morrisville State College. The board may also elect to have a closed executive session if necessary. In order to conduct a meeting, 2/3 of the elected members of the board shall constitute a quorum and must be present. If a quorum is not present, then the meeting will be adjourned and a new meeting will be scheduled. Robert Rules of Order shall govern the proceedings of all meetings except where these conflict with the By-Laws of the Association.

The elected officers of the Association shall consist of President, Vice President, Secretary, Treasurer, Registrar, Scheduler, Tournament Director, Director of Fundraising, Director of Officials, Communications  Director, and Director of Youth Hockey.  In addition, a representative of the Morrisville State College shall be an appointed voting member of the board.

Please check the calendar for dates and times of future Board meetings.  All monthly Board meetings are open to any member of Center State.  If there is an item you would like to have placed on the agenda please contact the CSYHA Secretary at csyha.secretary@gmail.com

To request a release from CSYHA please email the organization president at csyha.president@gmail.com.  All requests require a 10-day advance notice.